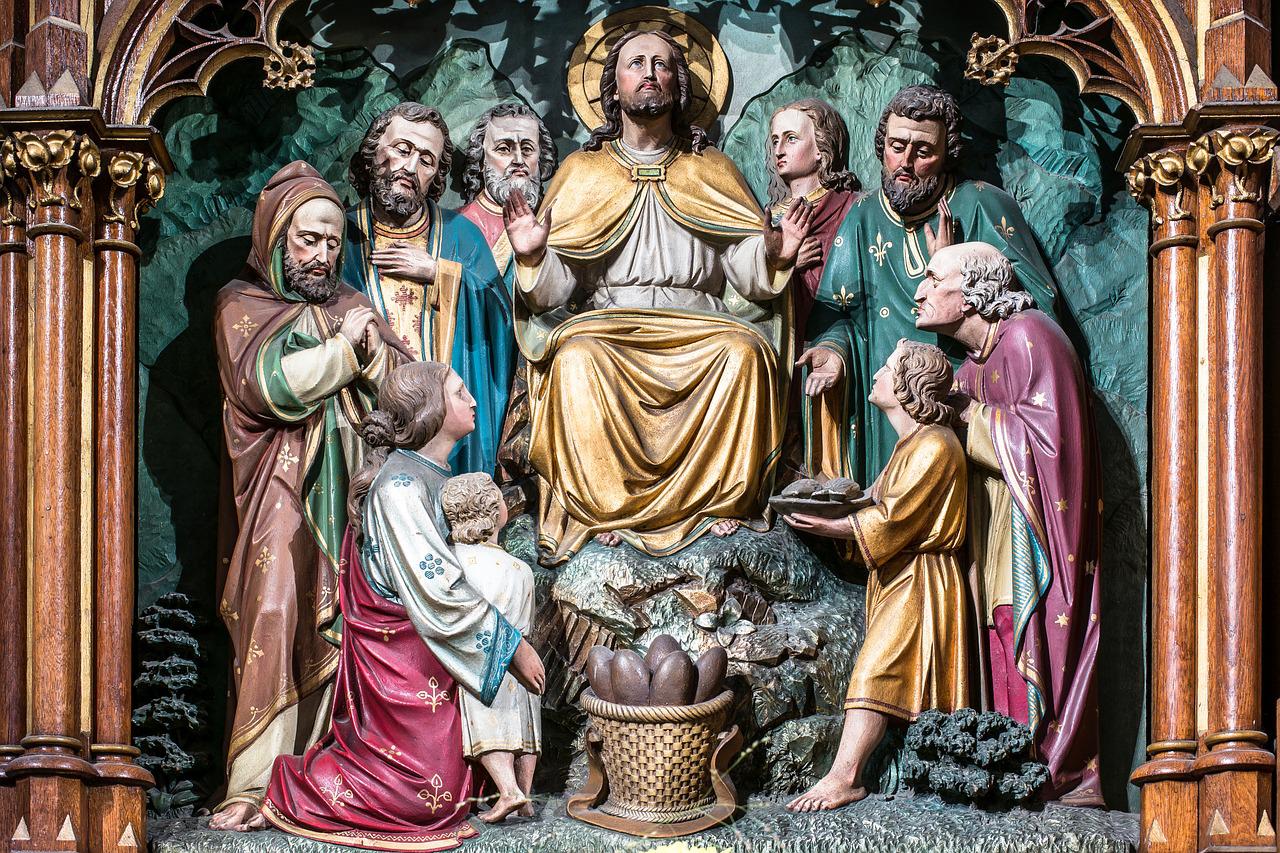 Jesus Broke Bread and All of Them He Fed

He gave orders that the people were to sit down on the grass; then he took the five loaves and the two fish, raised his eyes to heaven and said the blessing. And breaking the loaves he handed them to his disciples, who gave them to the crowds.” Matthew 14:19

Despite growing up Catholic and attending 12 years of Catholic school, I was never an altar boy. However, at the ripe young age of 49, I became an altar boy/man/server/acolyte. (I’m still learning the terms.)

As such, I have a front-row seat for the entire Mass, including the consecration of the bread and the wine, which we believe becomes the body, blood, soul, and divinity of Jesus through a process called Transubstantiation.

Being that close to the priest as he is saying the prayers and performing the movements and gestures of the Liturgy, especially the consecration and ablution, is a humbling experience. Imagine how happy you are when your mom or grandmother or favorite aunt makes that one dish during the holidays or your birthday, or how awesome it is to see your dad bring that huge hunk of meat in from the grill, and you know it’s about to on like Donkey Kong!

Then they slap your hand as they’re preparing as they yell, “Don’t pick at it. Fix your plate and wait for all of us to sit down!” (Then you still steal that one little piece because you already touched it, and that’s just how it goes!)

Well, that’s what Jesus gave us in the Eucharist. It’s our “daily bread.” And it’s Him.

So partake solemnly and daily because it’s the only way to...